Sailingon a houseboat was an exciting idea for us in our search for a new beginning. We wanted to get away from our hectic, demanding life. We entered this project with great enthusiasm and turned into a unique experience.

Although we both have a very different background, we love what we do together. The boat is not only a busines, Johanna is also our home.

Living and sailing on the water has brought us a different mindset and a more relaxed lifestyle. We really love to share this experience with you, offering you real quality time to relax and have fun. 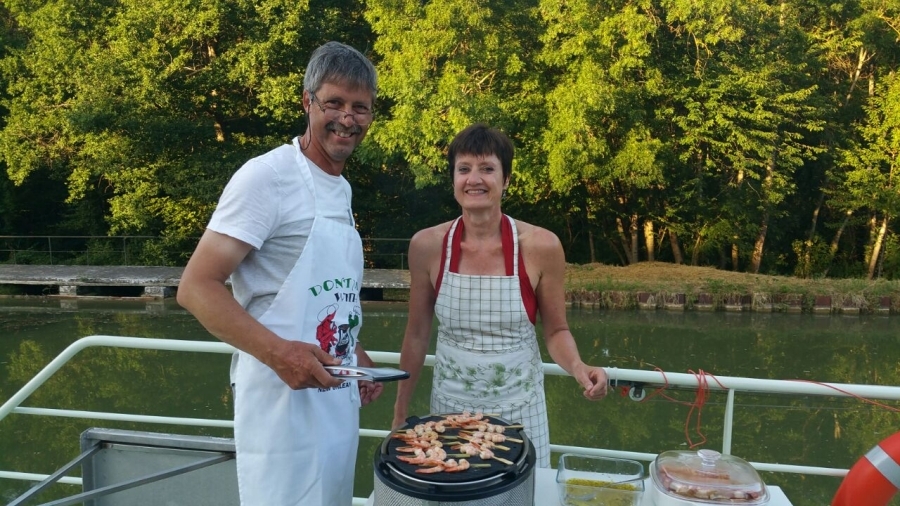 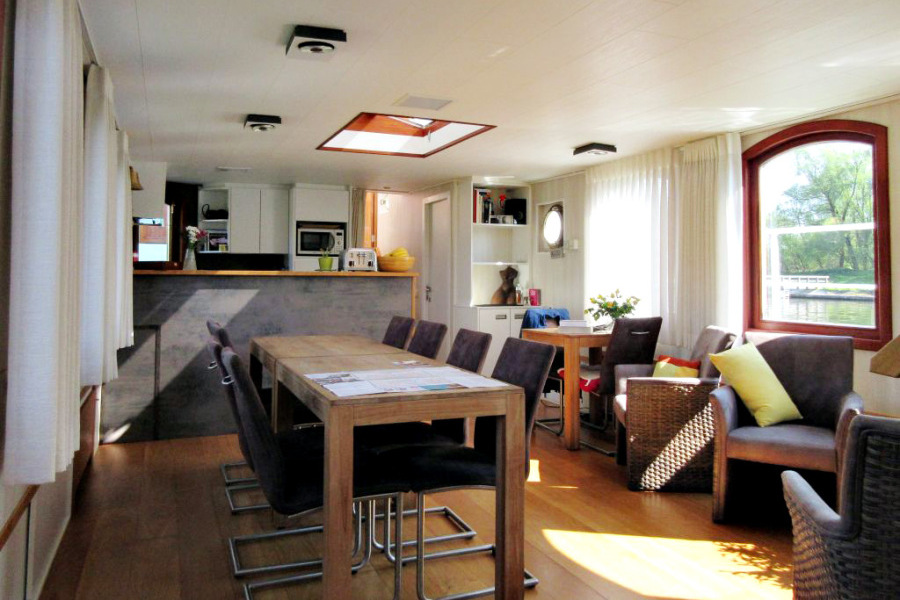 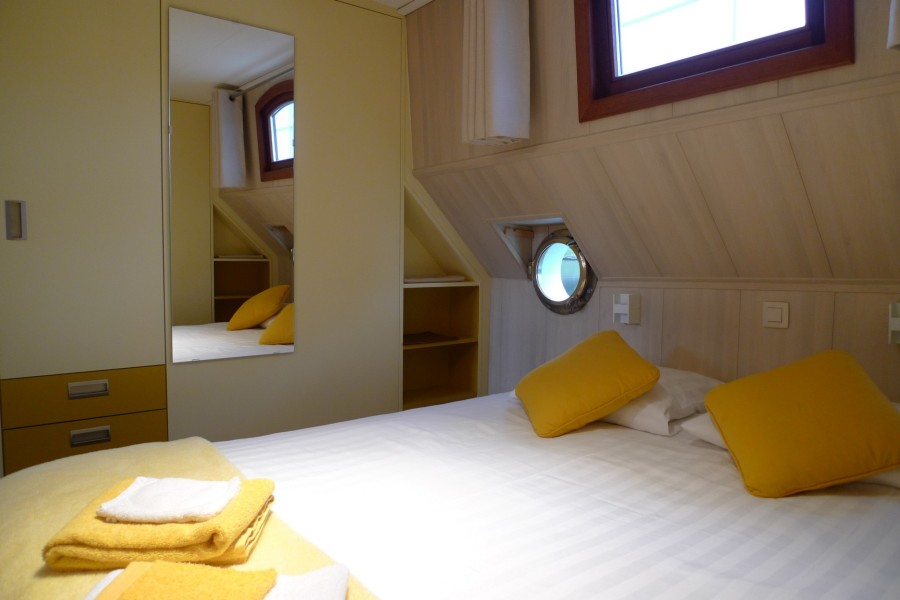 Johanna was built as a freighter in 1966. She has an unusual pointed bow for a barge of her size. We transformed it in 2012-2013 into the spacious floating guest house that it is today.

As Johanna is also our house, it is furnished in a contemporary way. The main living room with open kitchen is bright and welcoming. The open kitchen also makes the room very cozy.

There are three spacious bedrooms, each with ensuite bathroom. The beds can be placed as twin beds or double bed. The rooms offer you all the necessary comfort. There is WiFi on board.

Our 34 m² terrace is equipped with relaxing deckchairs which allow you to enjoy the sun while admiring the landscape. For those who prefer the cool shade, there is a canopy.

Our bikes allow you to discover parts of the canal and the small villages that border it.

Kris began his career at sea as a radio officer and later worked as a mechanic in the engine room. After his marriage, he became a computer network engineer for an international company. In 2011, he left the IT world and started looking for a different and more satisfying lifestyle. After more than three years of preparation and renovation, Kris was ready to start a new life on barge Johanna.

When Patsie met Kris, she liked the idea of a new challenge and followed him on this adventure. As a teenager, Patsie was a high-level artistic gymnast. She obtained her master’s degree in physical education and became professor of P.E. and dance at the Polytechnic University of Antwerp. On request, she can offer you a Pilates session on board.

Patsie’s interest in cooking started as a university student. Over the years, it has become one of his favorite pastimes. On the boat, she transformed her hobby into her new job.

During the cruise season, we also have a driver for our minibus.

Our crew cat: In addition to the human crew, we also have Babou, our friendly feline friend, on board. From the start, he has been sailing with us, keeping an eye on the boat when everyone is asleep. 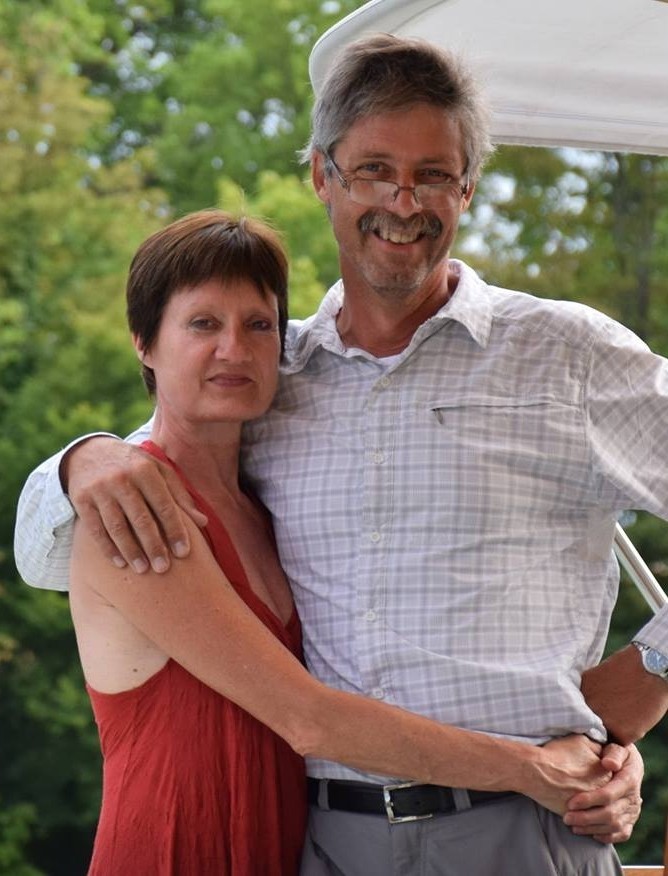 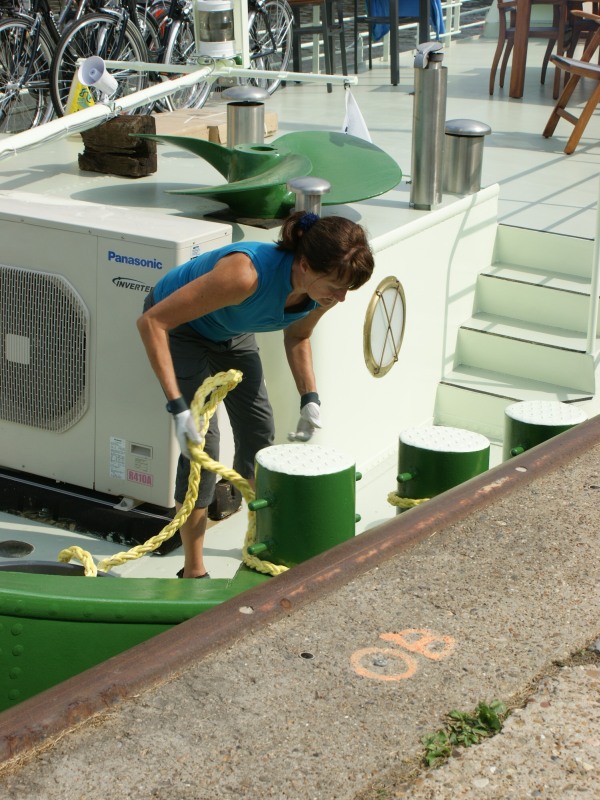 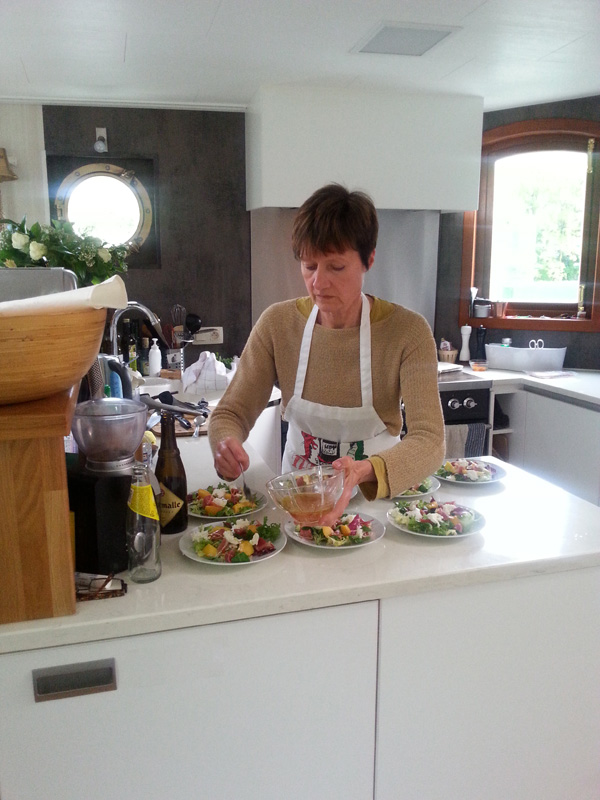 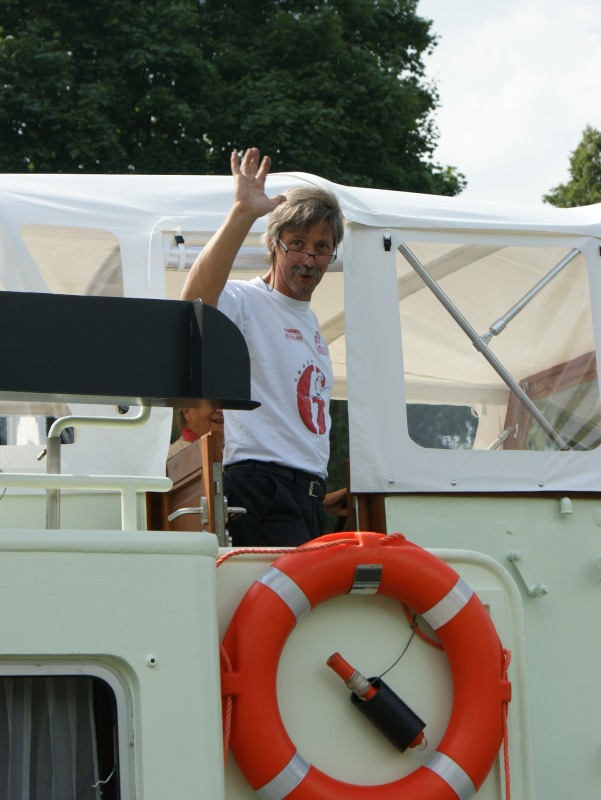 When you contact us, you agree that we may also send you additional information in the future. You can unsubscribe from this mailing list by clicking the unsubscribe link at the bottom of any mail you receive (we use Mailchimp) or on simple request.