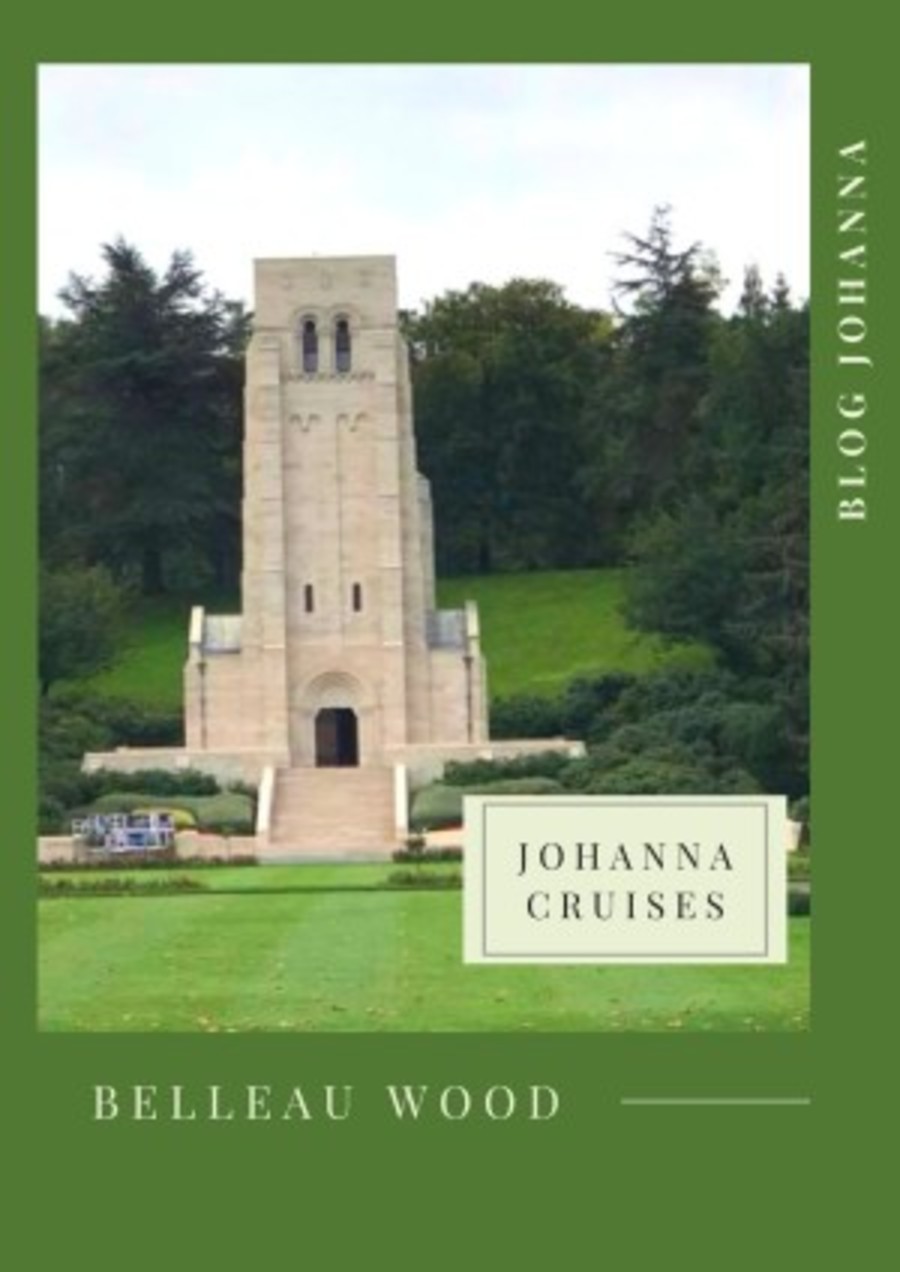 During our Champagne cruises, especially with American visitors, we include an excursion to the Belleau Wood memorial site. The small village of Belleau is best known for the battle that was fought here in june 1918. This battle effectively stopped the German advance during the 2nd battle of the Marne. It was also one of the first battles in which US troops were involved after America entered the war in 1917 and the fiercest battle in Marine Corps history up to that time with the largest number of casualties suffered by a single American brigade during the war. Over a 1000 marines were killed at Belleau Wood.

First of all, there is the memorial in the woods on the hill of Belleau where the battle took place. Around the central Marine Monument stands a collection of French and German artillery pieces. A walking trail into the woods brings you to a number of bronze plates telling the story of the battle and showing the map of the posions of the armies. Positions of foxholes, dugouts and trenches can still be seen in the ground.

To the North of the actual battlefield, on the slope of the hill, is the Aisne-Marne American Cemetery with the memorial chapel. Here, 2289 marines are buried. In 1940 during World War II the chapel was damaged due to heavy fighting in the vicinity. All damage was repaired except for one shell hole near the entrance door of the chapel, left as a reminder of what took place. Every day, before closing time, the US flag is lowered. On one of our last visits on a rainy day, a US veteran was visiting the site. Apparently, he had spoken to the caretaker in the visitors center before going to the chapel. At 16:30 the caretaker came to the chapel and asked the veteran if he would like to take the honors of lowering the flag. Much to his surprise, the veteran, looking at the falling rain, said “No, thank you.” When the caretaker turned away, he continued: “If I have learned one thing in the army, it is never to volunteer.”

For more information of the battle of Belleau Wood:

When you contact us, you agree that we may also send you additional information in the future. You can unsubscribe from this mailing list by clicking the unsubscribe link at the bottom of any mail you receive (we use Mailchimp) or on simple request.

Yes!
I want a cruise holiday
Send me the free brochure

You hereby give us permission to send information about our sailing holidays.